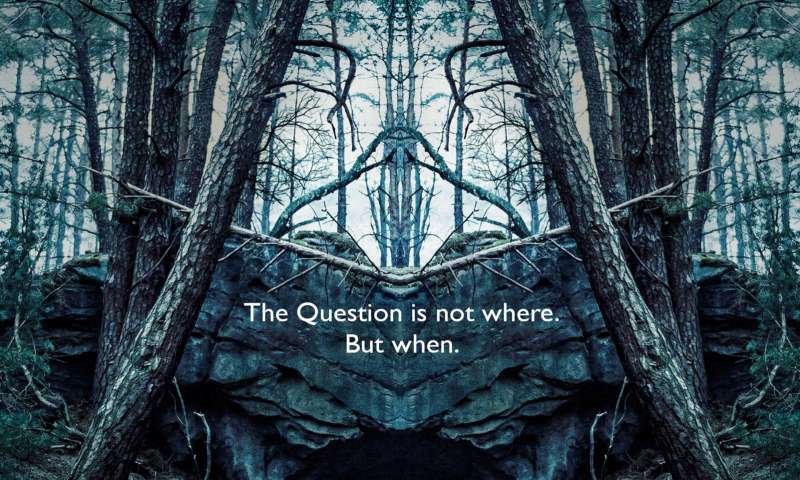 Do you like movies or series that time is passing to all direction and show parallel universe versions? Scenarists also like, especially Netflix producers.

If you are really interested in science fiction series I would recommend some series you can force your brain nerves to the end.

You probably know stranger things and missed Dark. If you really want to confuse your mind deeply, If you really want to understand what's going on in parallels with a nice soundtrack and German style. I want to suggest my best science fiction series on Netflix. Easy to start, Hard to finish. You need to have a good memory to remember all version of faces on future, past and now. You will surprise how all the things repeat itself in every 33years with different/or same characters

If you see DiCaprio name on the cast. You will never be disappointed. Christopher Nolan made a masterpiece about time relativity, parallel universe. We are always in the now past and the future.

Darren Paul Fisher shows us the relation between frequencies, time and music.

In addition to physics law, you will also see luck, love, and destiny surrounding with romantic drama scenes

When mothership is stolen by a villain, the federal-state puts a group of people to catch him as he travels through time to change the past. An ex-soldier, a historian and a brilliant physicist try to stop him before he changes the history forever. As our heroes travel in time we get a chance to get a glance of the important historical events that had an important impact on both the world's and USA' s destiny.

A group of people travels through time to save the world from the inevitable end by manipulating the important historical events which they think led the future of humanity fails. What makes this series to be distinguished from any other time traveling stories? Well, a traveler's consciousness is teleported to a human body and traveler seize a person from the past to get the mission done.

Professor, Álvaro Morte from Casa de Papel did a really good job that scientific romantic movie. In stormy weather, David Ortiz's wife Vera Roy found herself watching the tv showing 25 years past news then a boy appears in the TV and communication started between 25 years time span. Vera Roy saved his life by giving information from the future but her life unexpectedly changed after that.

In General, Black mirror episodes shows us a dystopia due the technological developments in the future. At the end, they made a movie/game mixture work which shows us many butterfly effects (you choose them) . All the things are connected to past, future and decisions.

If you like realistic animation, you will surprise where the animation industry is. It's really hard to identify from the real. Each scenario is independent and average 15min lenght. You enjoy by watching time related episodes as The witness, beyond the Aquila Rift.